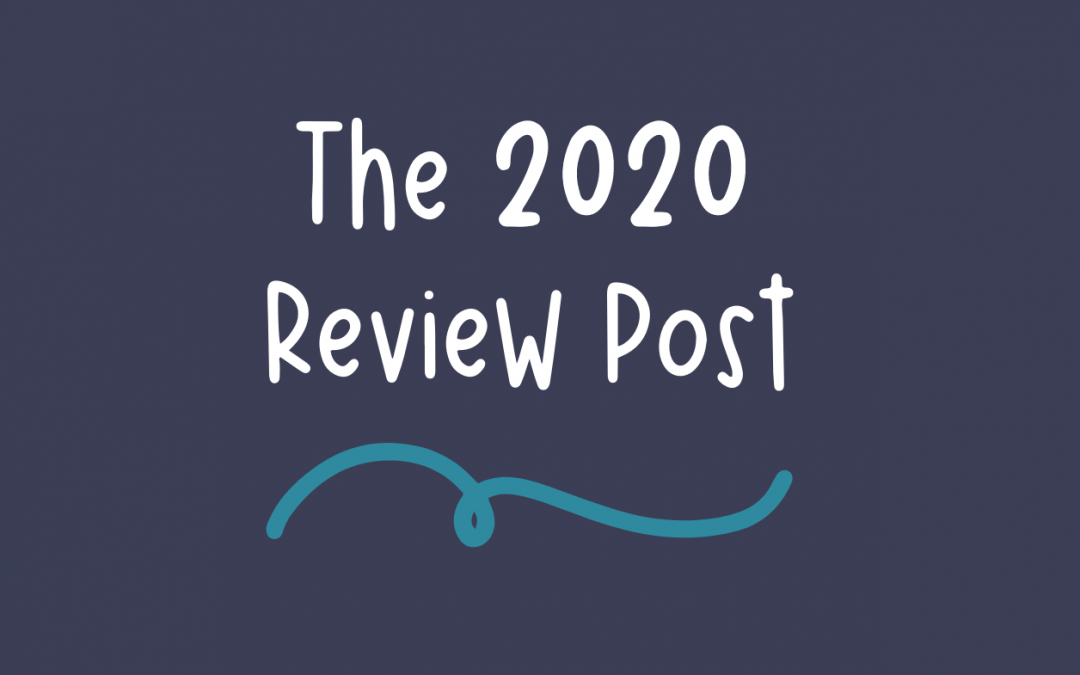 This blog post is very much a mixture of personal life stuff and business.

In previous years I’ve very much written them for me, but published them as I enjoy reading other people’s annual review/roundup type posts. This year’s post has been a lot more draining to write.

If you just look at my numbers (and I’ve included a full revenue/expenses breakdown for the first time), I’ve had an epic year. But I honestly don’t know what I feel or think right now.

“In September (a particularly bad month), I was listening to Jamie Jensen on the Get Paid podcast. She was saying how she’s undergone massive transitions recently (from an agency to a different business kinda entirely) and she also suffered a significant bereavement at the start of the year.  She was saying about how you need to be clear what sort of stage/phase your business is in – growth, transition or maintenance. And set goals accordingly.

This blew my mind.

There’s this belief in the online business world that you we should always be growing and always be making more money. This year I’ve transitioned from making a chunk of my income from 1:1 services, to making the bulk from 1:many offers/affiliate marketing. This year my dad got super sick and passed away, and I became a parent overnight to an 18 month old and a 5 month old (via a very stressful adoption). Geez, I need to give myself a break! If this isn’t a time for maintenance mode, then what the hell is?!

This has been a year of transition and maintenance, and I spent most of it feeling bad that I wasn’t firing on all cylinders. ?‍♀️”

It’s as though I’m still recovering from 2019, and I have absolutely no ability or bandwidth to even begin to process what happened in 2020.

All that is to say, this blog post may be more factual and less… reflective than previous years. I hope you still find it interesting though.

I just remember January being the longest month ever. I know a lot of other people felt the same way, but for us it was mostly to do with realising just how much we’d been struggling for the past 6 months or so. December 2019 was our first Christmas with the girls, and it just felt so hard to connect with and feel any joy about that. It felt like I was going through the motions of what a nice family Christmas should be like, but none of us particularly enjoyed it. It was all a bit of a show. So we started January by acknowledging the place we were in and reaching out for additional support in a variety of forms. (Spoiler alert: things were going much better by mid-March, but then the Universe had other plans. ?). 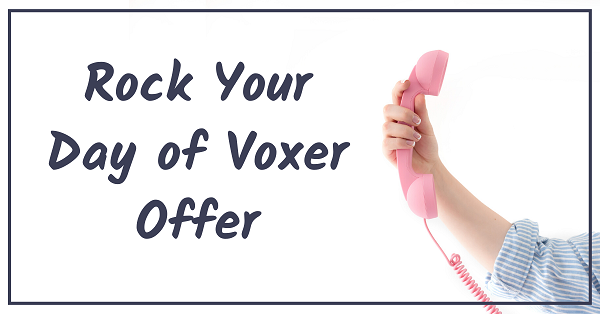 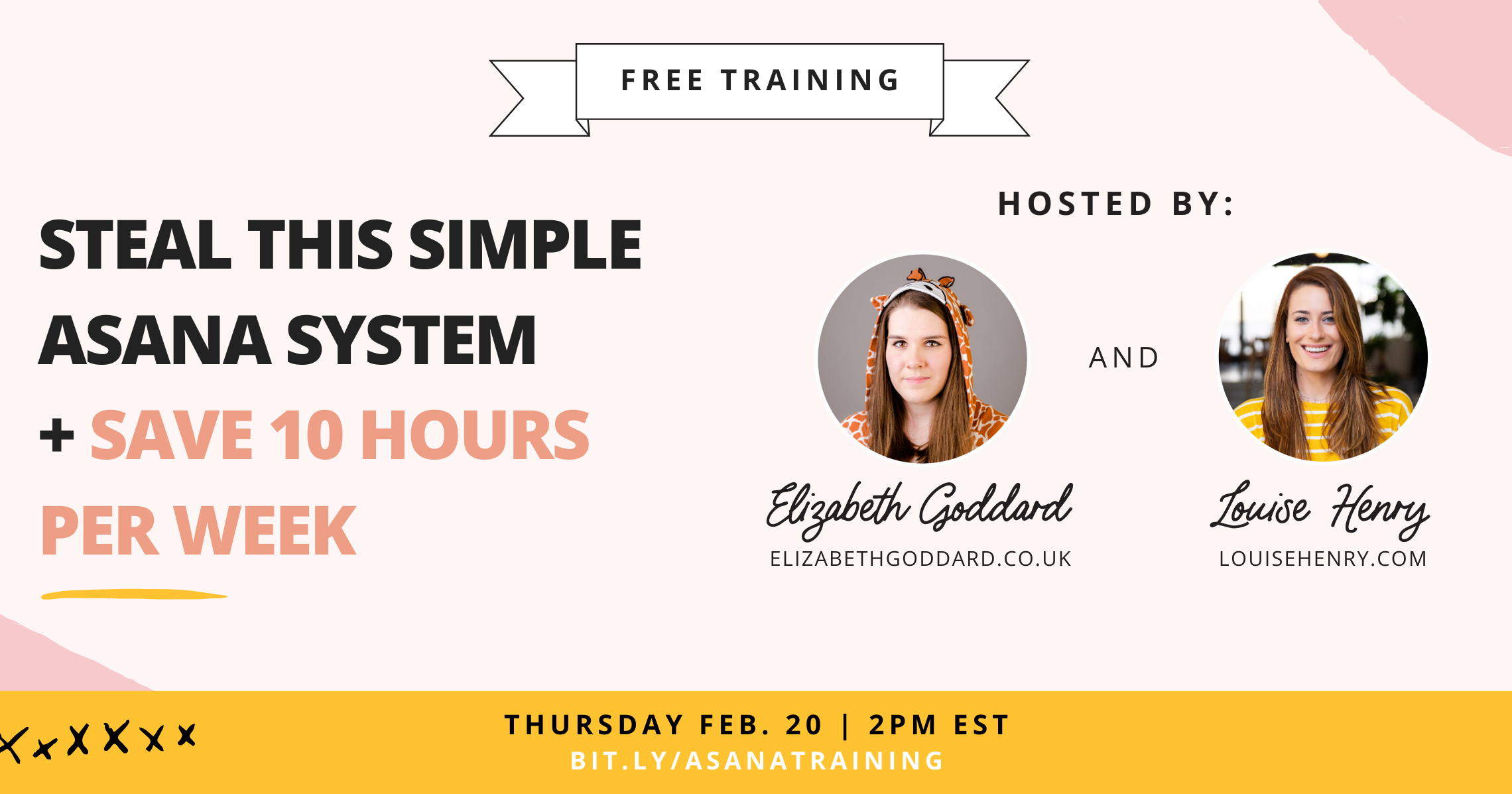 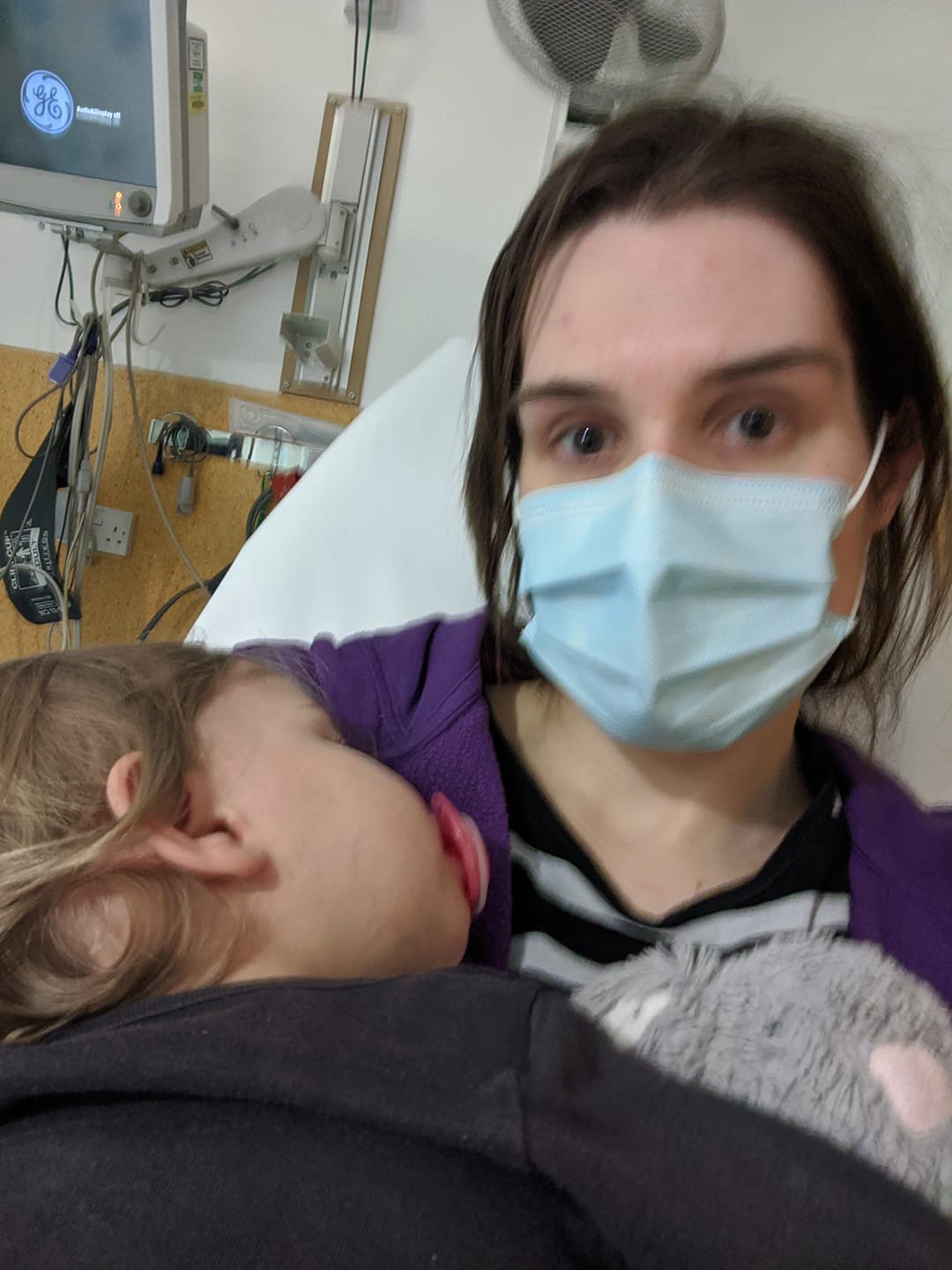 I got my groove back in April and did loads of things. With the co-working space closed due to the lockdown, I started working later at night to get things done. 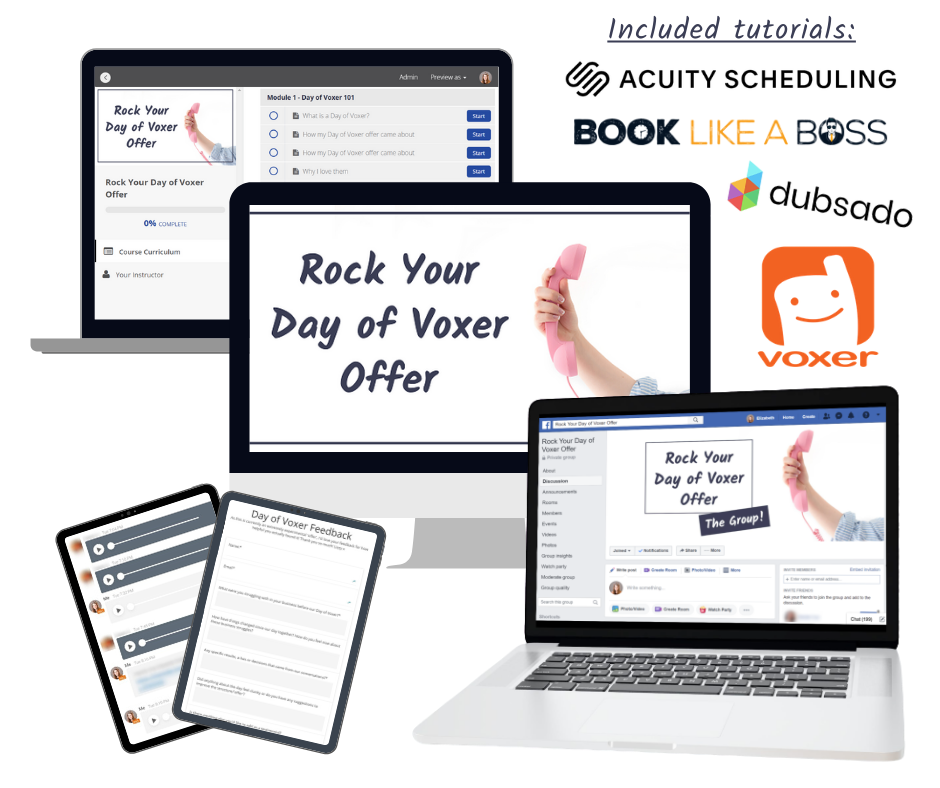 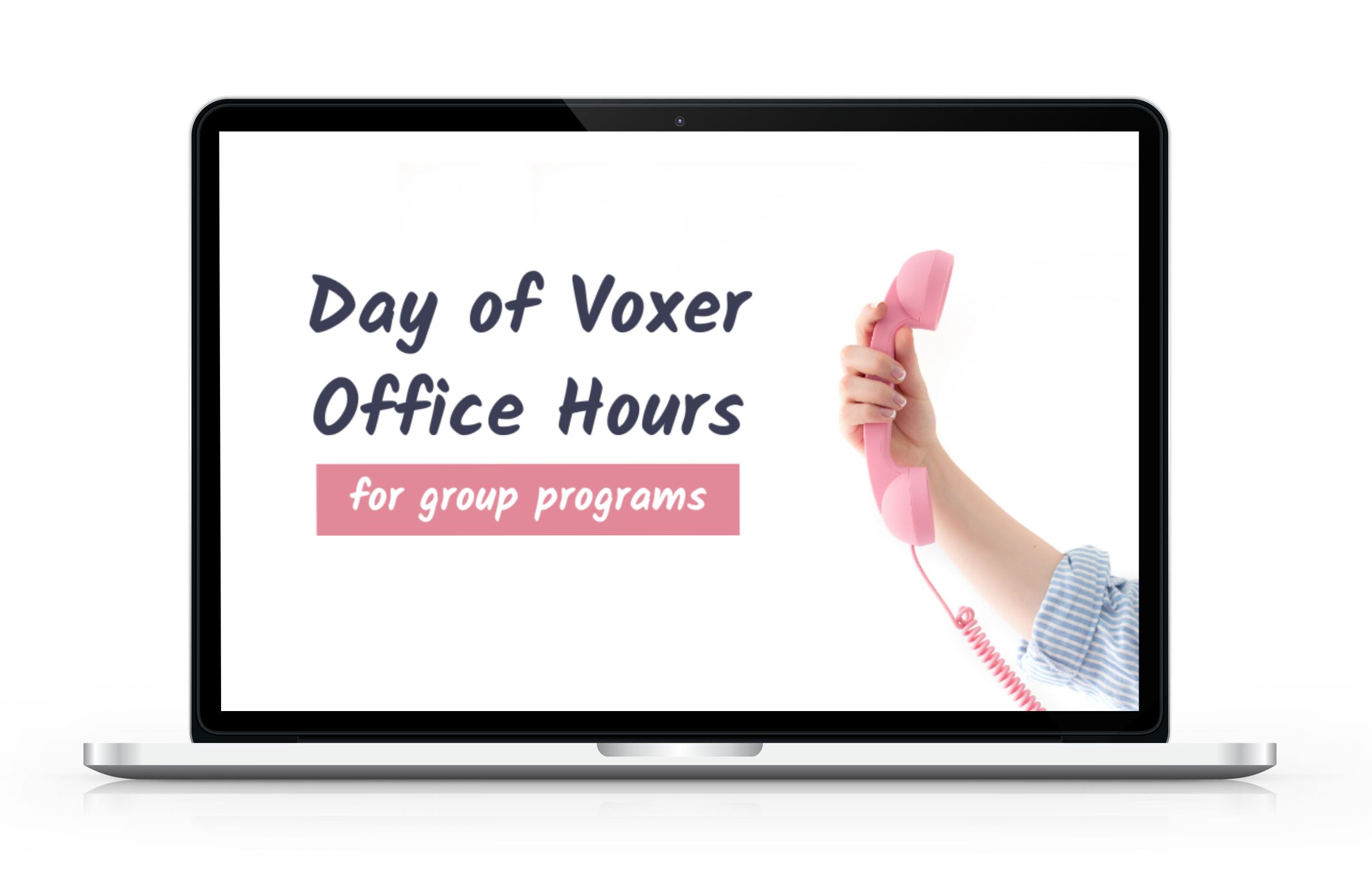 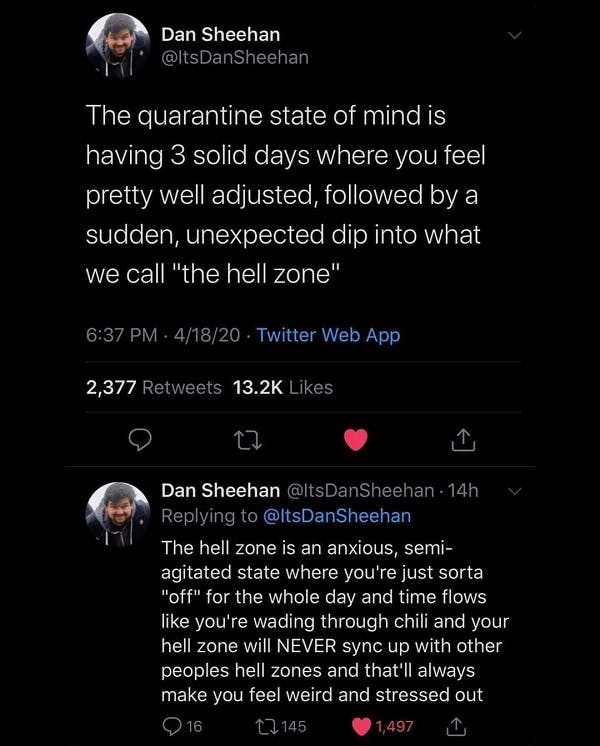 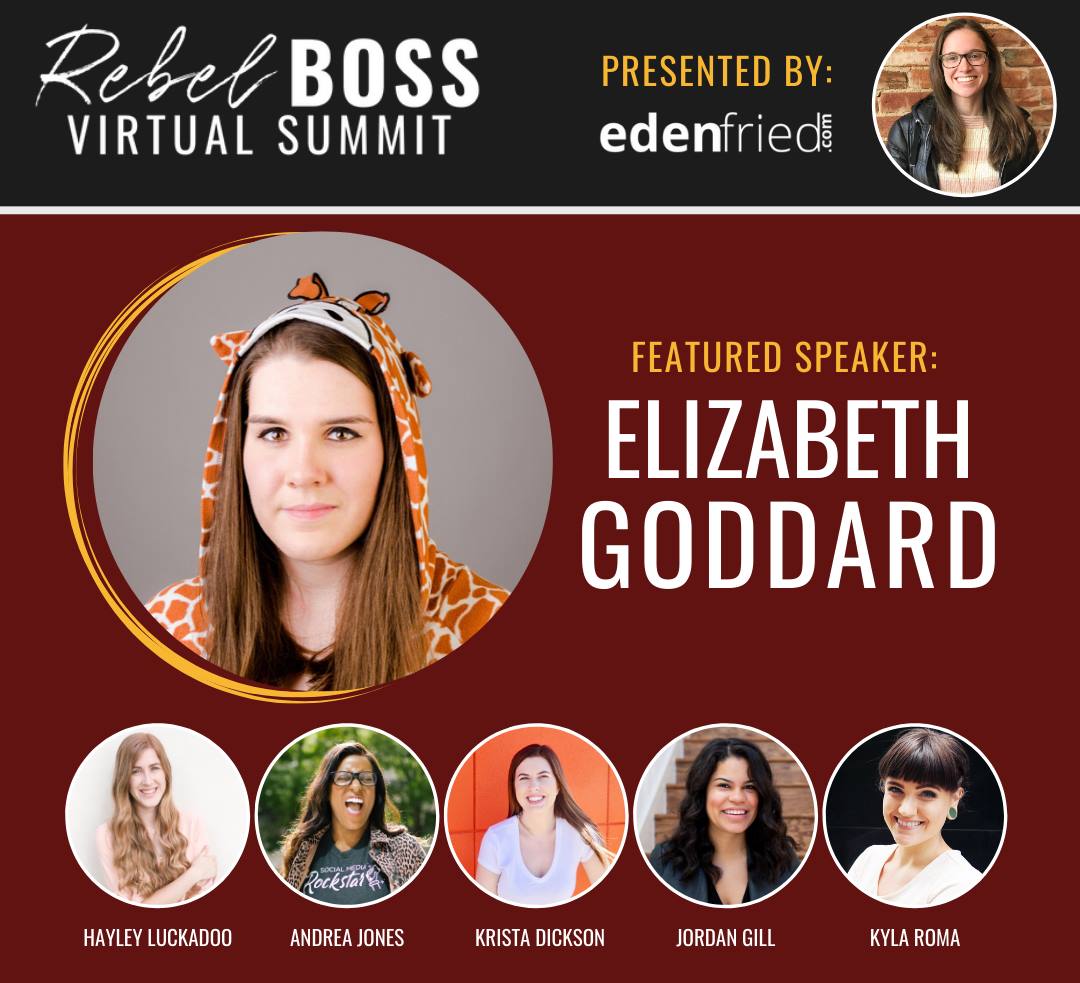 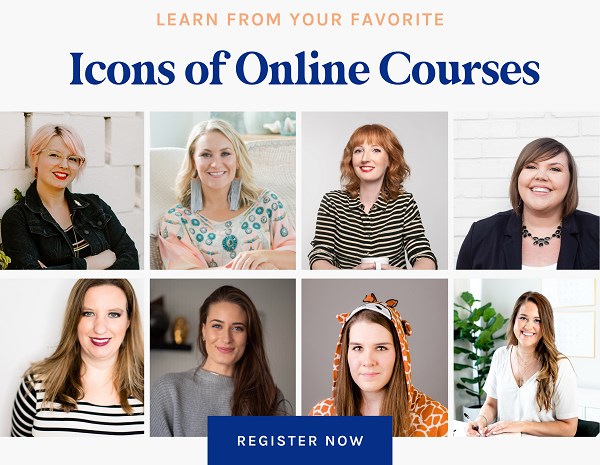 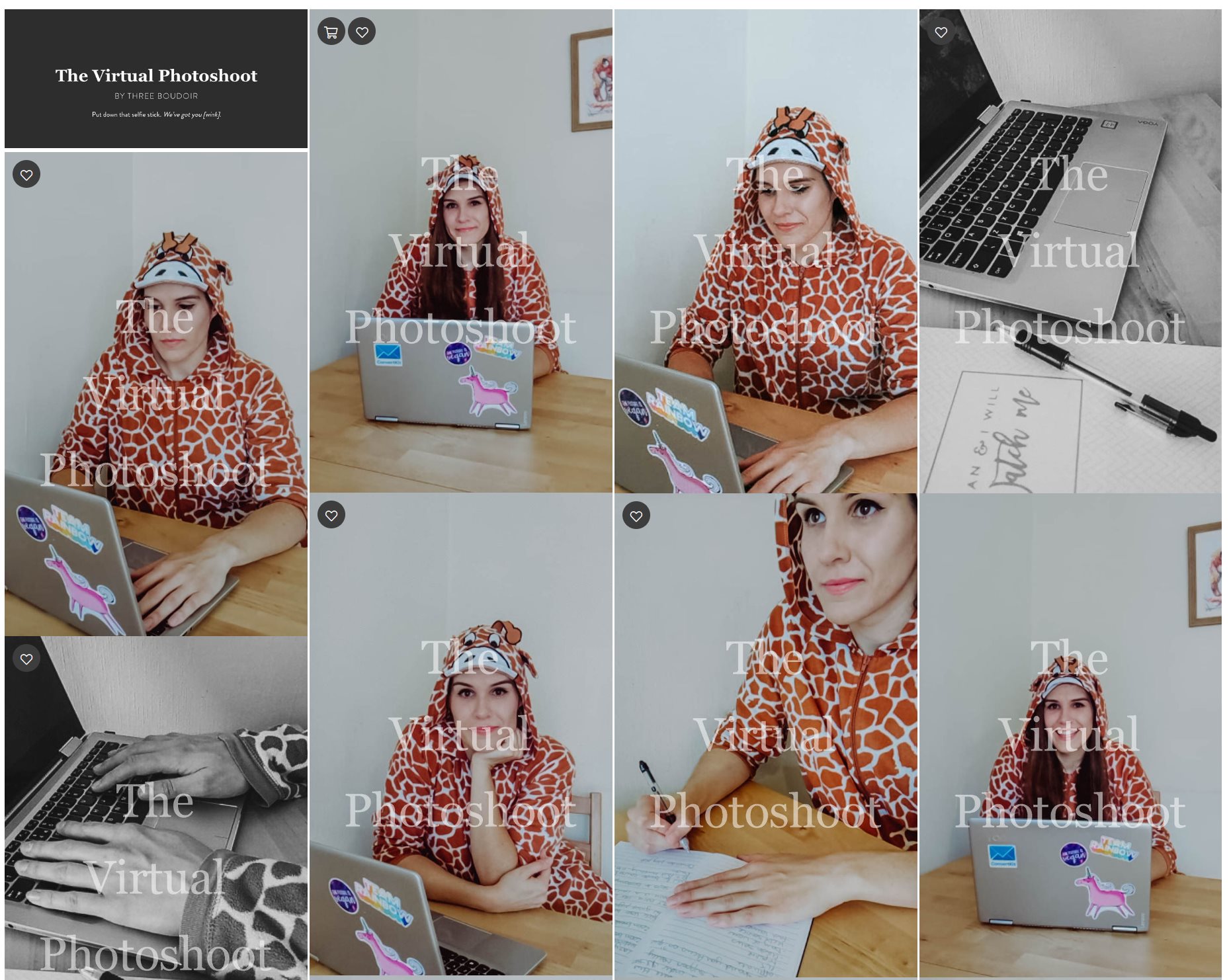 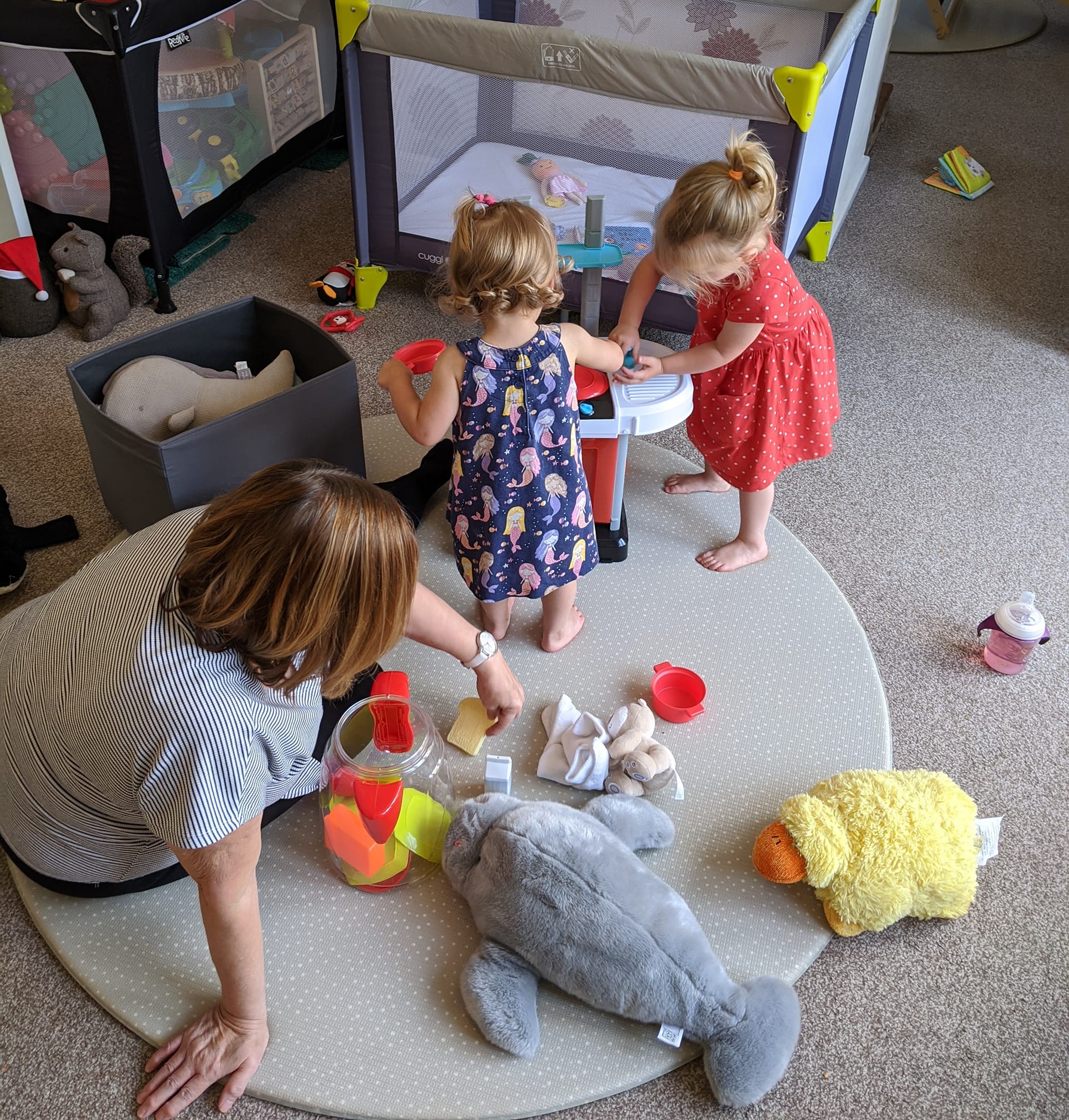 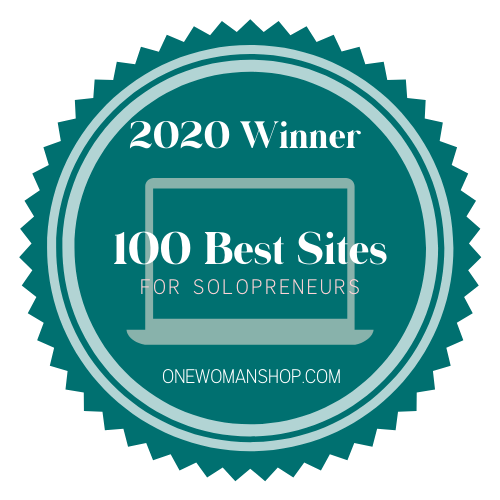 August was an absolute rollercoaster. The only other month in my business that I can compare it to is May 2017. There was my business before August 2020, and now there is my business after. 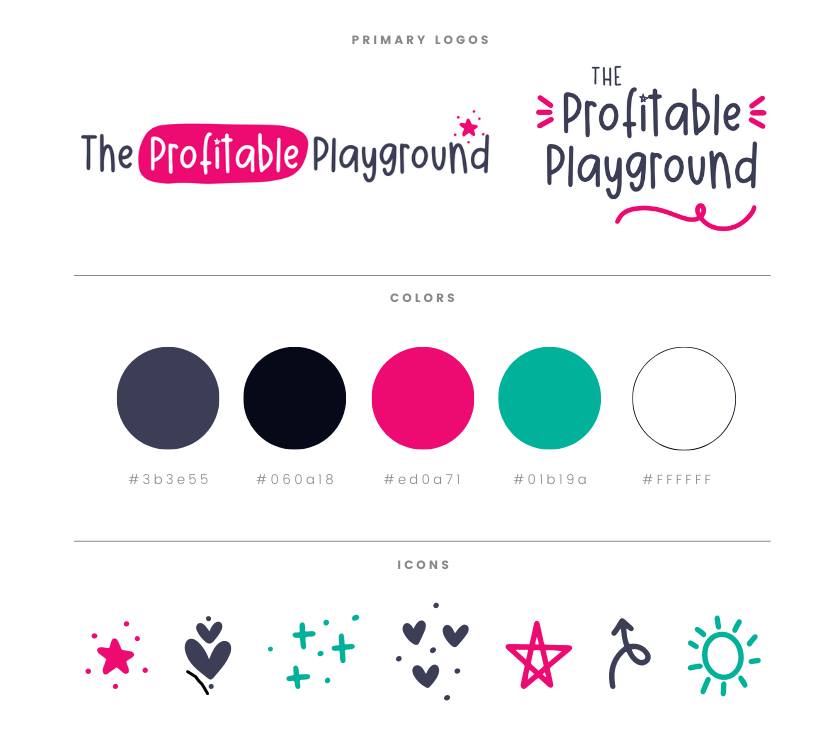 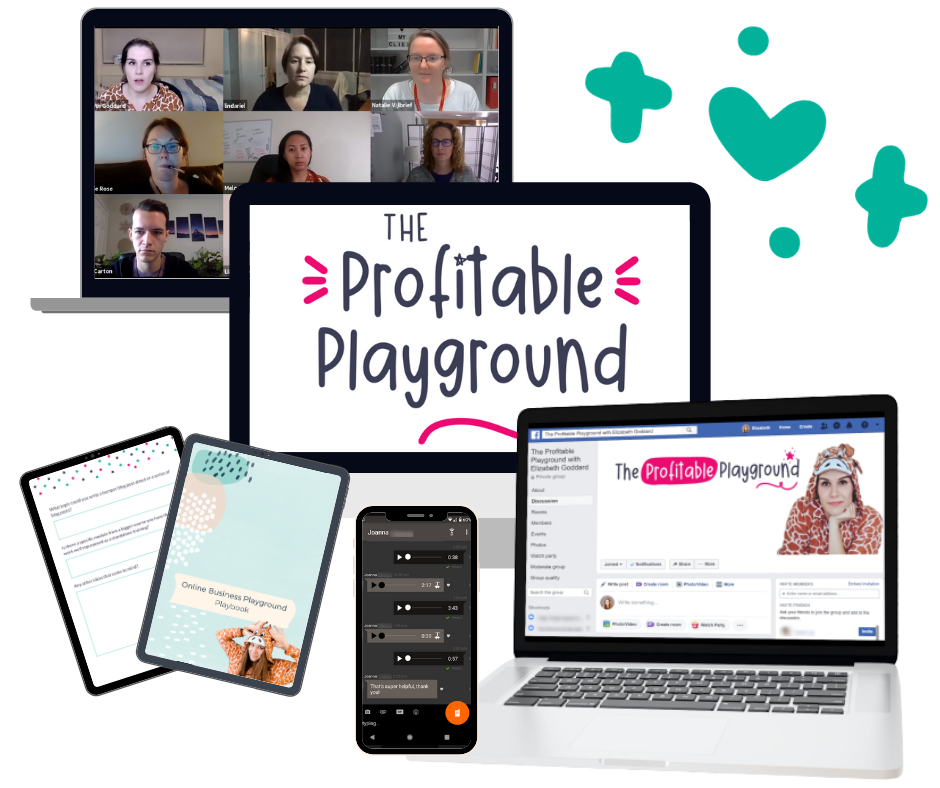 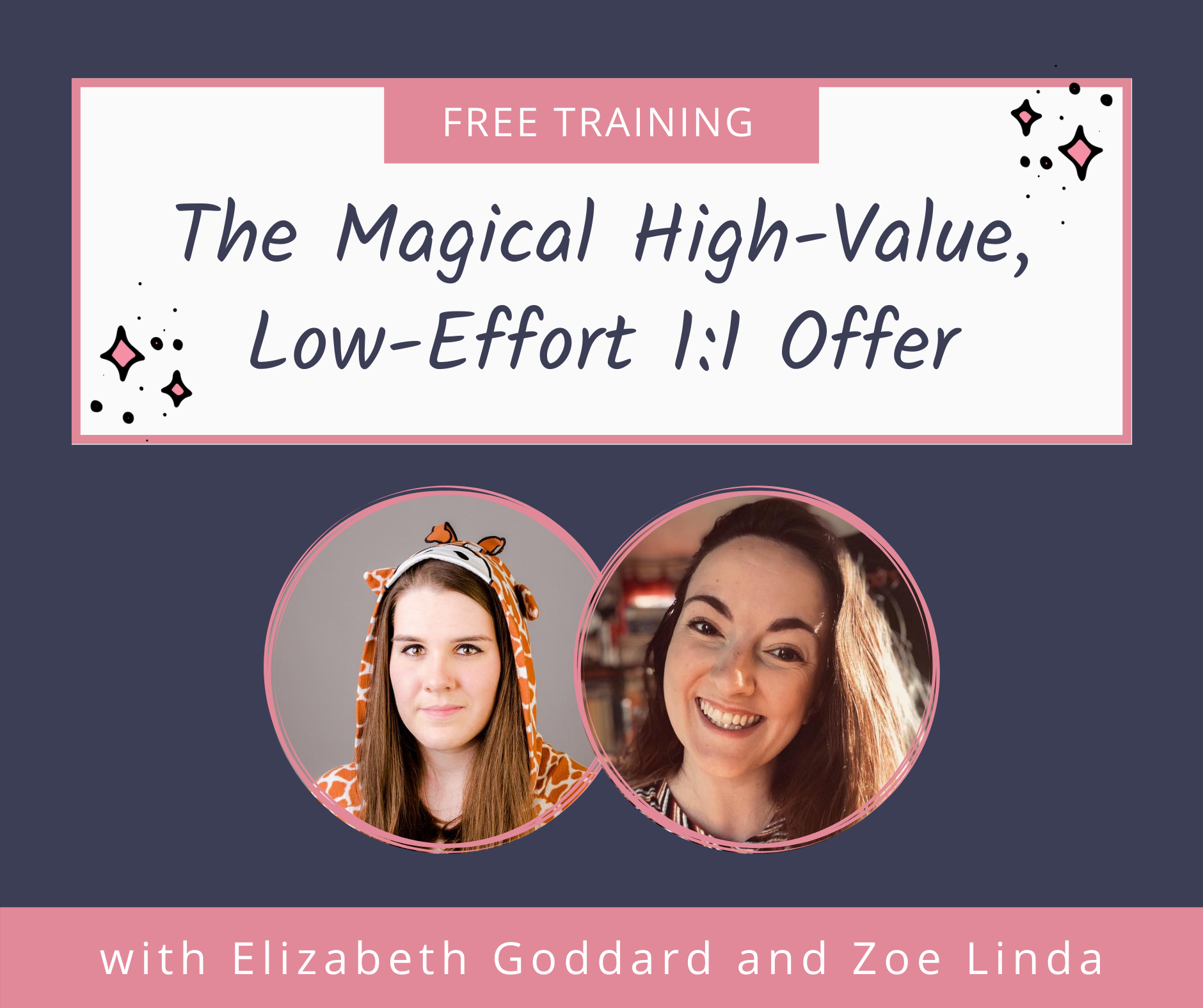 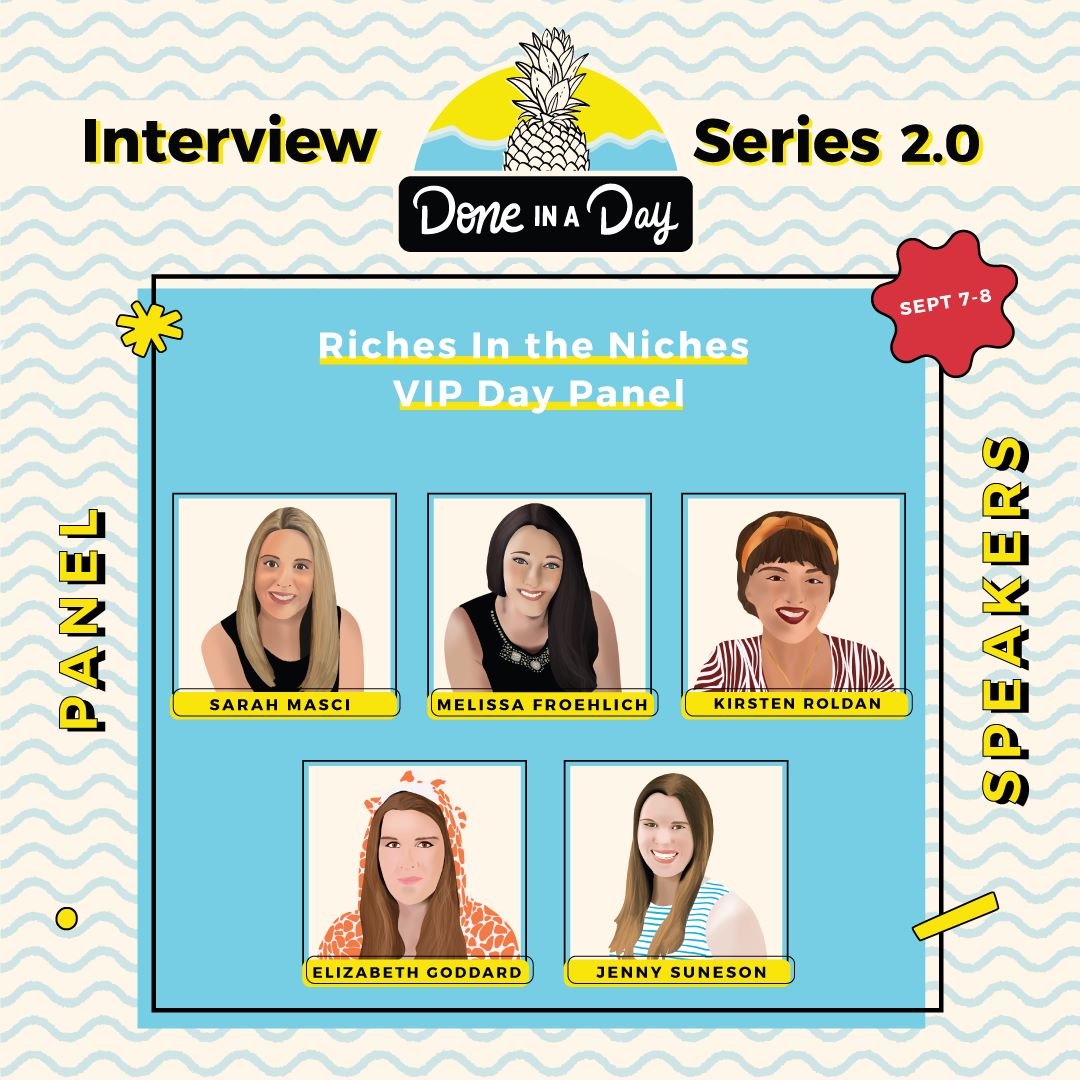 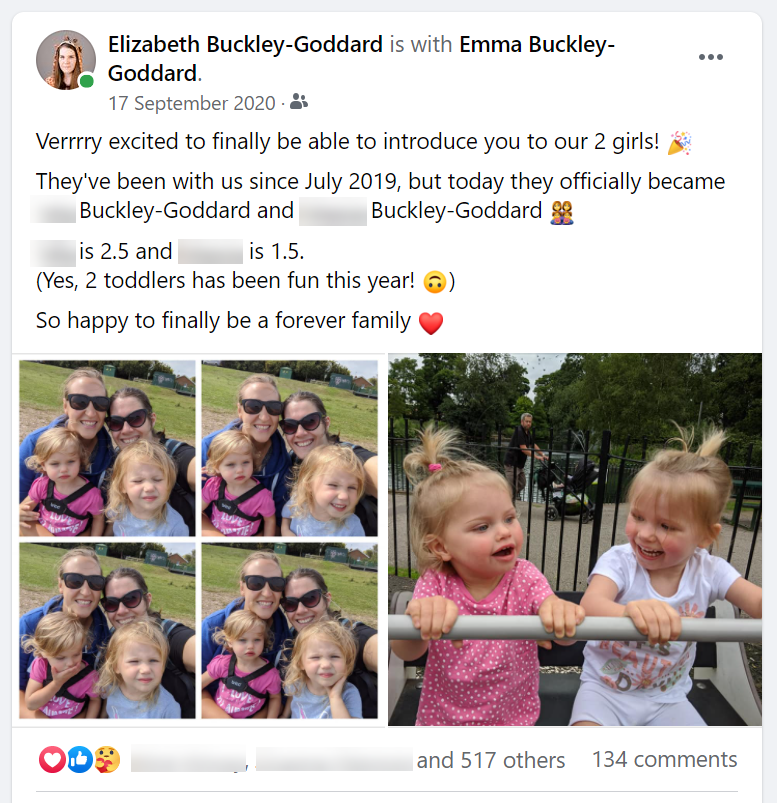 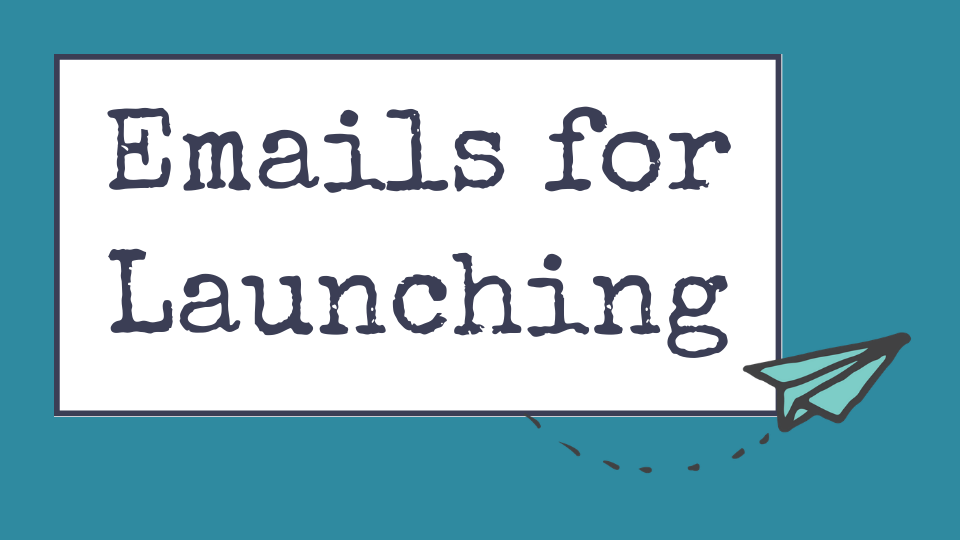 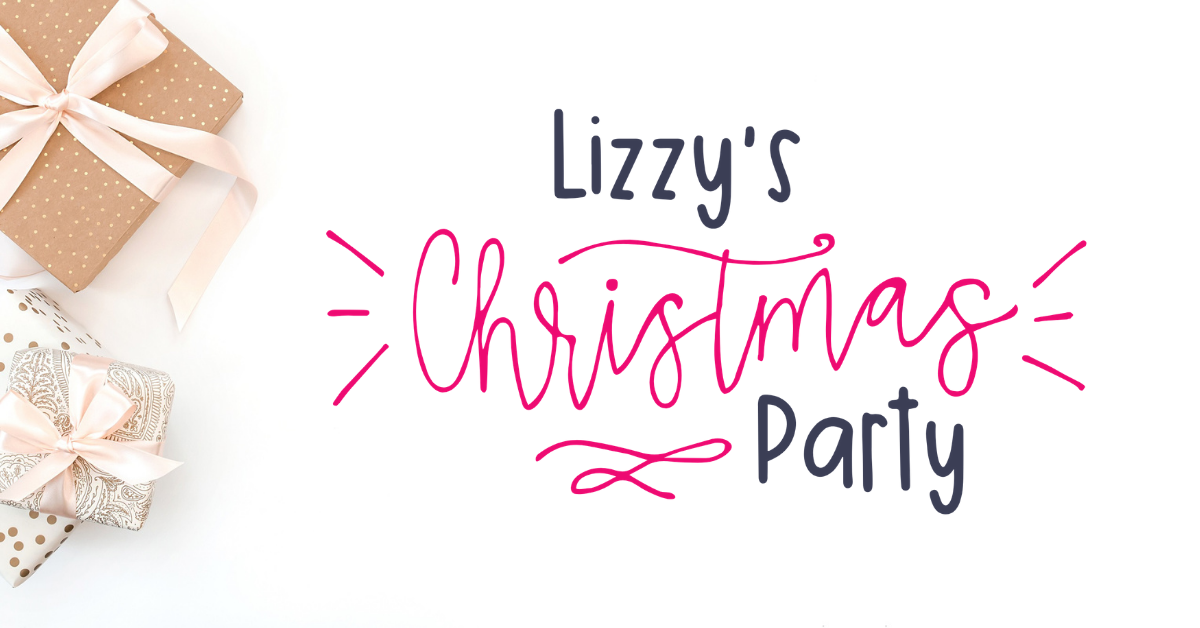 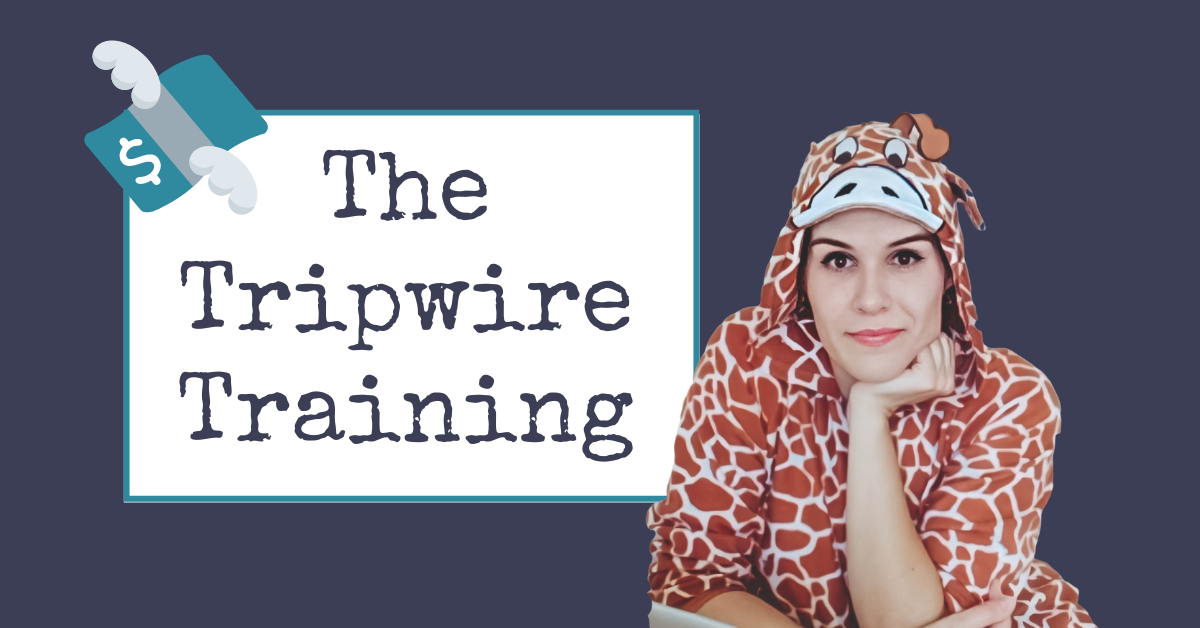 November was pretty much spent in a national lockdown in the UK. We were able to see a little of my wife’s mum/the girls’ Nana, but as my sister-in-law had her first baby, we were mostly on our own again as supporting her was the priority. I didn’t even get to meet my new niece until Christmas Day. I feel so much sympathy for all new parents this year. This just isn’t how humans are supposed to live. 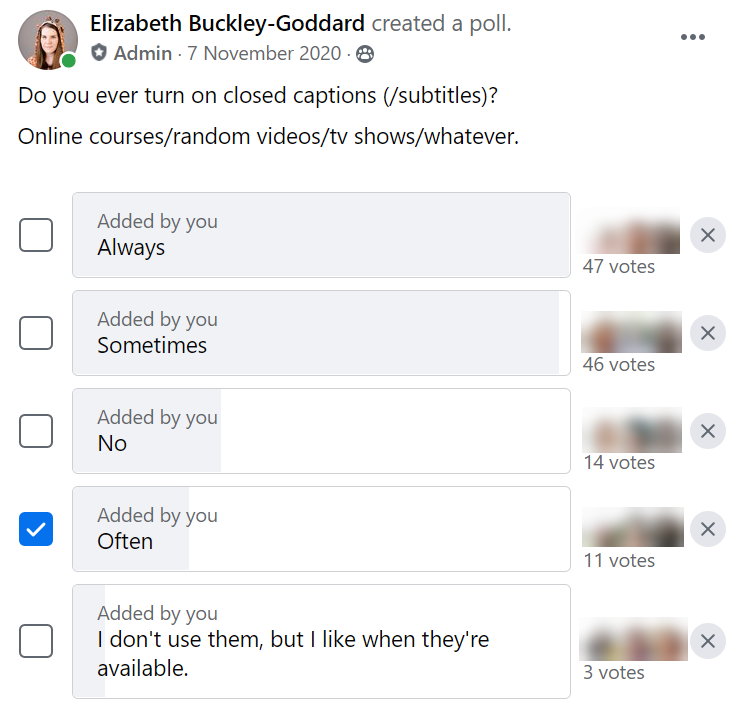 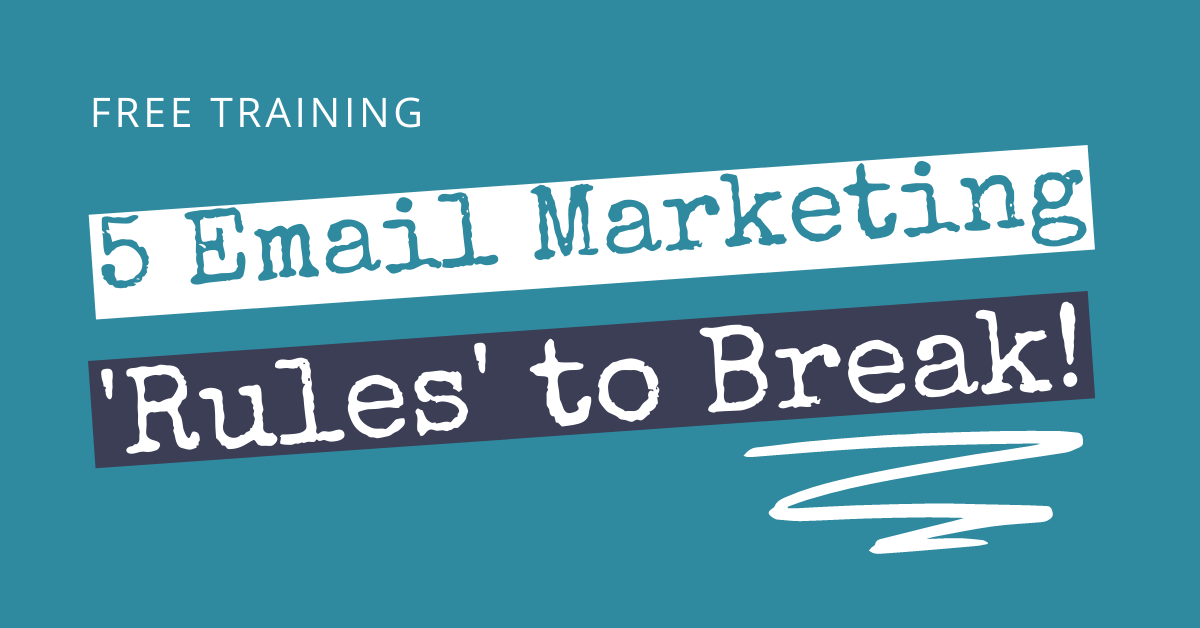 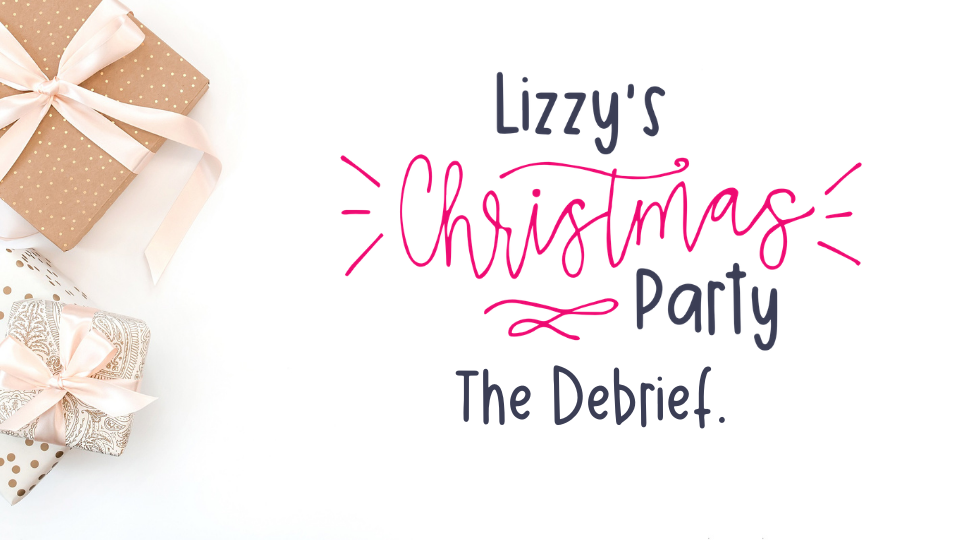 I’ll be honest, I don’t know which month these things happened, but they felt worthy of documenting. 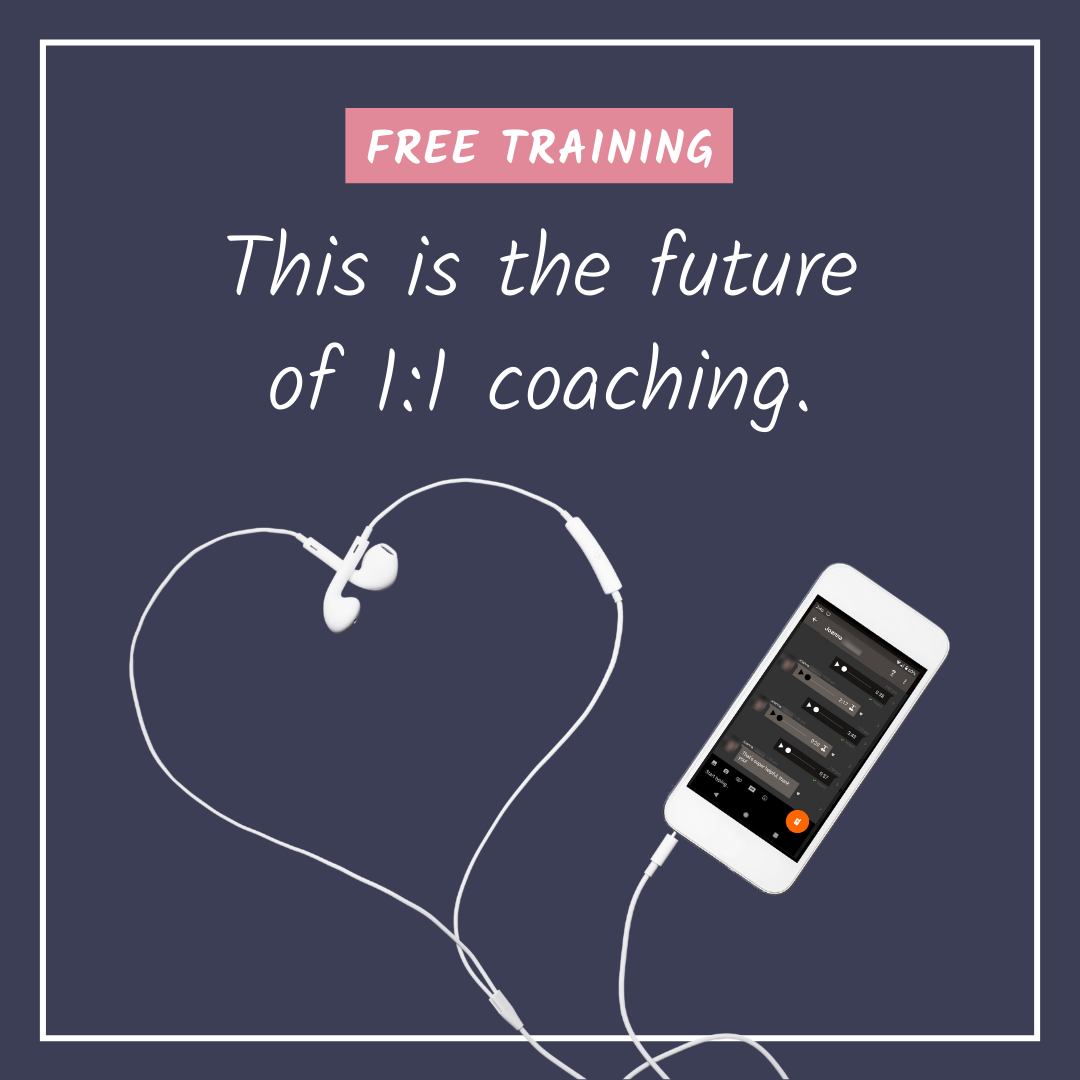 *Exclusive to The Profitable Playground.

For fun, I asked my student only Facebook group to guess how much they think I made in 2020. I received quite a few guesses ranging from $100k to a million. The majority were around about $250-300k. 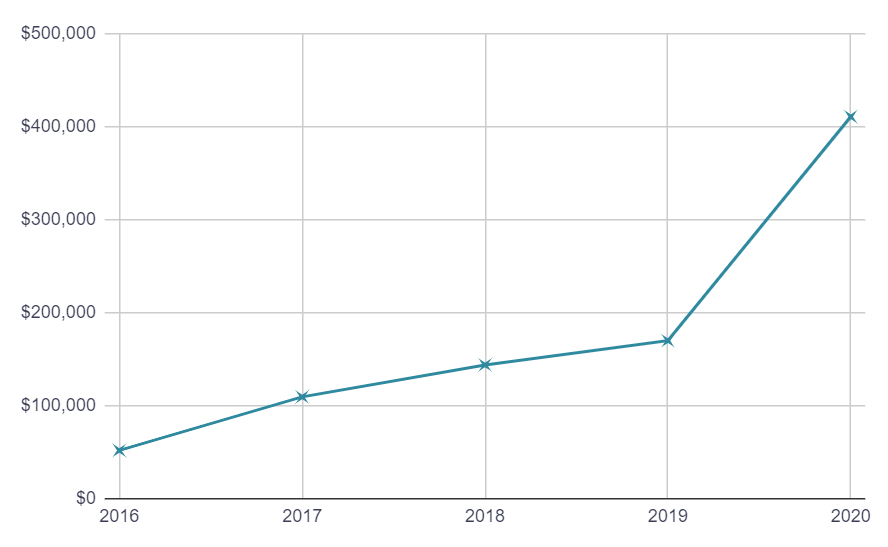 ⚠ These numbers are fairly rough. ⚠

2. The Profitable Playground: $116k / £89k
This was about 28% of my total revenue even though I only launched in August. I actually feel a bit… awkward about this being such a hefty income stream, because I know most people reading this won’t have a high ticket program or be planning to create one in the near future. That said, this program only exists because of the years selling paid live trainings that I felt inspired to do in the moment, and then repurposing and reselling them. It’s only been this year that I’ve been able to see how they all fit together and I’ve been able to create this program to teach other people how to build a profitable, fun, multi-offer business. The Profitable Playground is a culmination of everything I’ve been creating, saying, doing and thinking for years, not a departure or change in direction.

3. Rock Your Day of Voxer Offer: $55k / £44k
This was the runaway success of 2020. When I delivered this paid live training in January, I honestly thought it would be just a one-and-done thing I’d then have in my back pocket when people asked about offering Day of Voxer. But it quickly took on a life of its own, especially after I did The Magical High-Value, Low-Effort 1:1 Offer. This number also includes sales of the related training, Day of Voxer Office Hours for Group Programs, and the Plug + Play Day of Voxer Sales Page Template. $25,800 was as a direct result of the evergreen webinar funnel I created in April, and the rest was through launches. This
For more info see The Tale of 2 Paid Live Trainings

4. ConvertKit Club: $33k / £26k
ConvertKit Club has served me so well in my business. Both in terms of incomes and warm leads for my other offers.

5. Lizzy’s Christmas Party: $13.8k / £10.3k
This was some nice $$ for December. You can buy the recording of the full Christmas Party Debrief I did if you’d like to know more.

6. (The Quickstart Guide to) Profitable Live Trainings: $10.3k / £8k
I never really promoted this in 2020. I’ve made these modest sales through the evergreen funnel, and some sales as upsells/order bumps to other things. Despite low sales, it’s been a very significant course for me this year as I included it in a big business bundle and it now has 1000s of students. It’s also one of the core courses in The Profitable Playground.

7. The Tripwire Training: $9.5k / £7.3k
I always joke that you’re not going to get rich off your tripwire offer, but $9.5k is nothing to sniff at! Completely overhauling this in November, with a brand new sales page, certainly gave it a little boost. I currently make sales of this near daily.

8. The Fast Guide to Launching: $9.2k / £7.1k
I only promoted this course once in 2020 when I did the free training, How to Create and Sell Something Before You’re Ready. These sales came through that launch, an evergreen webinar funnel, and as upsells/order bumps to other courses. I’m planning to give it a big overhaul in 2021.
For more info see The Tale of 2 Paid Live Trainings

11. Lizzy Credit: $4.7k / £3.5k
This is something I first (successfully) experimented offering for Black Friday 2019. I don’t usually offer this, so all of these sales were in the last 2 days of the year when I was trying to hit my annual goal and I threw it out there.

12. Online Business Playground: $4k / £3.2k
This is arguably the most powerful/important/magical program I’ve ever created. I only sold it once in 2020 and it’s not available evergreen.

14. ConvertKit 1:1 strategy/training calls: $3.3k / £2.6k
I stopped doing these at the start of June. My heart just wasn’t in talking about ConvertKit anymore. ?‍♀️

17. The Lazy Guide to Affiliate Marketing: $1.6k / £1.2k
I’d really hoped to do more with this in 2020, but I didn’t quite fit it in. Hopefully it’ll get a huge overhaul/live round in 2021, because I did over 6-figures in affiliate income this year… and I genuinely give it minimal thought/effort. ? All these sales were just randomly off the site.

18. The Easy Guide to Courses and Group Things: $890 / £715
I think all sales of this were as order bumps/upsells to other courses as I don’t sell it standalone anymore. I just sort of quietly phased it out. It’s been completely superseded by the new trainings in The Profitable Playground.

19. ConvertKit Tutorials: $620 / £490
These are just random sales off my site. I think I must link to them in blog posts, because I’m still getting sales even though I thought I’d removed all links. ? They were all $29, so it was quite a trickle over the year.

20. The Painless Guide to Hiring & Working with a VA: $380 / £300
I have never promoted this since originally recording the paid live training. I did include it in the Business Bundle I took part in though, so it does now have 1000s of students, which is a little odd! These sales were just randomly off my site.

23. The Simple Guide to Positioning: $100 / £80
I thought I’d taken this down, but maybe I’ve still got it as an order bump somewhere? Or someone found an old link? Either way, I sold it once. This training is awesome, but the positioning is ironically terrible! ? It’s available in The Profitable Playground.

⚠ These numbers are fairly rough. ⚠

Training/Coaching: $50.4k / £38.8k
This is always my biggest expense. $24k went to Mariah Coz for Accelerator and High Ticket Hybrid. Other big chunks went to Lexi D’Angelo, Rachel Rodgers and Funnel Gorgeous.

Facebook Ads: $14.8k / £11.4k
I’ve long dabbled with Facebook ads, but this is the first year I’ve actually got them working.

Refunds: $10.4k / £8k
Eh, they happen. Some were requested. Some were silly-billies. Some were given on my part because I realised it wasn’t a good fit.

Tech: $10.3k / £7.9k
God I love my tech. I totally allow myself to freely spend money on fun tech. This is everything like ConvertKit, SamCart, Teachable, AcuityScheduling, Dropbox, Zoom, Deadline Funnel, hosting and domains, Otter, Voxer, Xero, Zapier, Yet Another Mail Merge and more.

Affiliate Commission Paid Out: $7.7k / £5.9k
I should do more with my affiliate program, but I like having it there and some people do quite well from it.

Licensing Fees: $5.9k / £4.5k
You know how I team up with other business peeps for win-win things like the plug + play templates for some of my courses? This is that. I need to do a paid live training on it sometime.

Bank Revaluations: $2.6k / £2k
I have no idea what this is. But it’s to do with exchange rates I think. I exclusively charge in USD but obviously spend GBP in my regular life.

Office Space: $940 / £720
This was a co-working space I signed up to in January. It’s not been open quite a lot of the year so they keep putting my payments on pause.

Stationery: $770 / £590
This is mostly Postable cards for students and clients.

Phew, I have well and truly run out of steam writing this. ?

Got any Qs? Drop them in the comments below. I’m happy to answer!